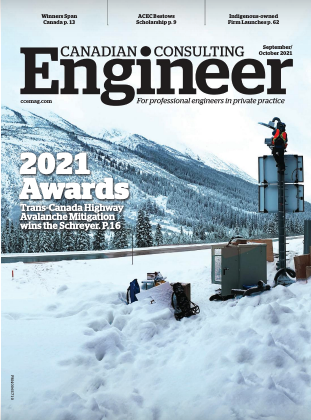 Dynamic worked as McElhanney’s technical avalanche specialist for the Trans-Canada Highway Avalanche Mitigation Project in Glacier National Park. This project was recognized with the Schreyer Award by the Association of Consulting Engineering Companies, which is their highest award and presented to the project that best demonstrates technical excellence and innovation. Learn more. 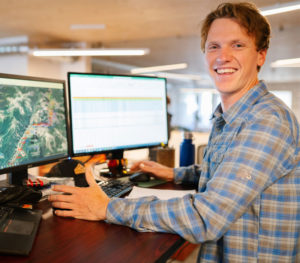 Mountainous terrain—here in the Basin and elsewhere in the world—is beautiful. But avalanches can pose serious dangers to the people and organizations that work in sectors like forestry, mining, energy and transportation. Based in Revelstoke, Dynamic Avalanche helps reduce these risks. Learn more. 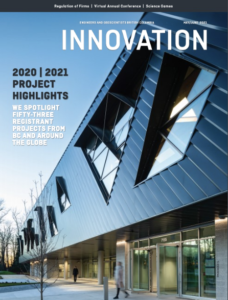 Parks Canada engaged McElhanney and Dynamic Avalanche to improve reliability of a narrow, 44-kilometre corridor (Highway 1, CP Railway, Illecillewaet River, and National Historic Site), threatened by 134 avalanche paths, and responsible for an average of 74 hours of winter closure per year. 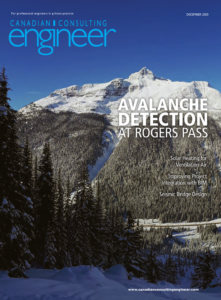 “It detects avalanches in all conditions—in the middle of a storm, at night, when visibility is reduced to nothing,” explains Alan Jones, P.Eng., principal with Dynamic Avalanche Consultants, based in Revelstoke, B.C. “Forecasters have a limited ability to know when to close the highway. The goal is to increase their confidence and improve the efficiency of closures.” 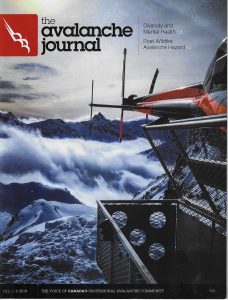 Explore how Dynamic’s own Chris Argue, Ryan Buhler, and Alan Jones, along with other contributors from Parks Canada, McElhanney Consulting and Snowline Consulting explain the innovations designed by Dynamic to improve ‘one of the most challenging transportation corridor avalanche programs in the world’. This challenge is undertaken to protect two major trans-Canadian transportation routes. 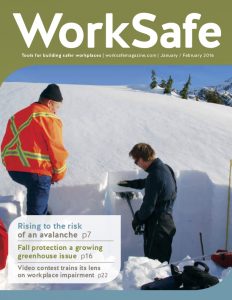 A route to reducing avalanche risk by Helena Bryan, page 7 – 11

‘From 1999 to 2008, 29 workers in B.C. were either injured or killed by avalanches, or, in some cases, landslides. These statistics — and the fact that many employers outside the ski hill industry overlook their vulnerability to avalanches — are part of the reason why WorkSafeBC introduced a new section to the Occupational Health and Safety Regulation on avalanche evaluation, risk assessment, and safety planning.’

Read more about how Dynamic Avalanche Consulting helped John Wolfe Construction Co. meet the new WorkSafe requirements and keep more than 40 employees safe on their way to and from the mine. PDF 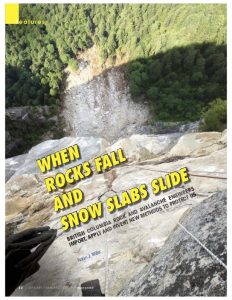 When Rocks Fall and Snow Slabs Slide – BC Rock and Avalanche Engineers Import, Apply and Invent Methods to Protect Us by Robin J. Miller, page 22 – 27

‘Rockfalls and snow avalanches go hand in hand with British Columbia’s mountainous terrain…as more and more people find their way into steep-sloped country, the result can be an unequal match-up between man and mountain.’ 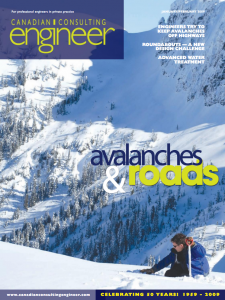 ‘In the mountains of B.C., avalanche expert Alan Jones works with geotechnical engineers and designers to keep the roads free from deadly snow falls.’

This article outlines several projects Alan worked on while employed by Chris Stethem & Associates, including the Coquihalla Highway and the Kicking Horse Canyon section of the Trans Canada Highway.

Jamieson, B., and A. Jones. 2016. Effect of Reporting Rate on Vulnerability with an Example for Snow Avalanche Risk to Backcountry Recreationists in Canada. 8th International Conference on Snow Engineering, Nantes, France. |PDF|

Jamieson, B., and A. Jones. 2015. The Effect of Under-Reporting of Non-Fatal Involvements in Snow Avalanches on Vulnerability. 12th International Conference on Applications of Statistics and Probability in Civil Engineering, ICASP12. |PDF|

Jamieson, B., and A. Jones. 2012. Vulnerability: Caught in an avalanche – Then what are the odds? Proceedings of the 2012 International Snow Science Workshop, Anchorage, AK, USA. pp.1-8. |PDF|

Jamieson, B., S. Margreth, and A. Jones. 2008. Application and limitations of dynamic models for snow avalanche hazard mapping. Proceedings of the 2008 International Snow Science Workshop, Whistler, BC, Canada, pp. 730-739. |PDF|

Jones, A., B. Jamieson, and J. Schweizer. 2006. The effect of slab and bed surface stiffness on the skier-induced shear stress. Proceedings of the 2006 International Snow Science Workshop, Telluride, CO, USE. pp. 724-731. |PDF|

Our mobile Falcon GT avalauncher in use at BC Hydro’s Mica Dam.

Kevin Fogolin is featured in this documentary short about his work in the Coast Mountains of BC.